We set off at sunrise in a water taxi making our way the 16 km from Kigoma to Gombe National Park to do some chimpanzee tracking. Gombe, if you’re not familiar, is the park made famous by Jane Goodall and her groundbreaking chimpanzee research.

It took us a few hours to reach the Gombe visitors center, we checked into our room and dropped our bags, eager to set off into the jungle. We were told that the chimps had been spotted a few hours away and that it would be a hike. “No sweat, no chimps.” Issiah our guide told us.

We walked first on the shores of Lake Tanganyika and then deep into the jungle we went in search of our closest genetic relative. We trekked up steep muddy slopes, anchoring ourselves to whatever we could while watching our step, careful not to fall. The whole time I was remembering that scene from Romancing the Stone when Michael Douglas and Kathleen Turner were in the jungle and ended up in a mud slide, careening down the jungly hillside. (That’s careering for you UK folks – sometimes it seems J and I are speaking different languages!) Do you remember that 1980’s movie? Classic. We were lucky and that never happened, but I laughed at the thought of it.

We carried on for hours and I was wondering if we were ever going to find the elusive chimps. It was an exhausting trek and our backs weren’t accustomed to being bent over laboriously making our way through the bush. The trackers were constantly on the move following the chimps and reporting back to our guide on the walkie talkie on which direction to go. We could hear them squawking and hooting in the distance, but couldn’t seem to catch up with them.

Some of the jungly parts looked to be impassable without a machete, but Issiah would dive right in there and we’d push our way through the heavy bush. There were stickers and thorns, scratches and bruises.   My boots got tangled up in some vines and I fell a few times, but it was all worth it. We finally found the chimps.

They weren’t the most photogenic, usually having their backs to us or were high in the trees, but I managed to get a few good shots. We watched these amazing creatures as they moved about in their natural environment. I couldn’t believe the similarities between their hands and ours – both with 5 fingers. Truly amazing!

We made the long journey back to the Gombe guest house excited to wash away the jungly grime. Turns out our shower didn’t work though, so we did the next best thing – we took a swim in Lake Tanganyika. I’d read recently that the lake was bilharzia free and it is the clearest most beautiful lake I’d seen in my life, so I wasn’t as apprehensive to go for a swim. I did decide though – since I’m still a little paranoid – that I wouldn’t put my head under. Seemed like a good idea until there was a little horsing around ‘incident’ and I went under inhaling a big gulp of water. Grrrrr J! I finally recovered from my choking spell and caught my breath, making my way to shore. Then I lay in bed all night wondering what kind of crazy parasite I’d ingested. Come to think of it though, I’ve certainly swallowed salt water before from the ocean, so how different could it be? I guess I’ll find out down the line. If sometime in the future I’m plagued with a strange unknown illness, someone remind me that I drank lake water in Africa. Drama queen, me?

The next morning we woke early again to catch the public water taxi back to Kigoma. We met some women from Canada who had recently been to Gombe and they told us this was the cheapest way to return from Gombe – thanks ladies! We’d heard the boat began at 3am in the farthest town north on the lakeshore in Tanzania picking up passengers all along the way including Gombe and then down to Kigoma.

The boat arrived and it looked so crowded I hardly thought we would fit. J and I exchanged the same look. Whoa, this is gonna be interesting. People squished in, lining both sides of the boat, then people sat on the cross beams too, which is where we sat, legs dangling into the belly of the boat. When the sun finally came up, I saw below our feet countless women and children along with peoples’ stuff; chickens, luggage, pots and pans and dried fish in baskets.

We stopped at the local villages picking up more passengers. Say whaaaat?? More people? I envisioned a new television series, ‘Disasters Abroad’ and felt we had an episode unfolding before us, the ship likely to sink at any time. I’d never seen anything like it except on TV when they showed boats with refugees fleeing some troubled land.

I wasn’t overly worried – we always stayed pretty close to shore and we wouldn’t have a problem swimming in. My rough calculations tallied around 300 people on the boat. The one picture I took doesn’t really do it justice because I only got the front portion of the boat and you can’t see the women and children below. It’s always tricky being the only mzungus (white people) and taking pictures of the locals. It’s important to be sensitive in these situations. That’s why I can’t bring you many pictures sometimes.

We made it safely back to Kigoma – the journey lasting about 3 hours. I love the interesting and challenging situations Africa brings. I often feel that I’m pushing far beyond my comfort zone and maybe that’s not such a bad thing. 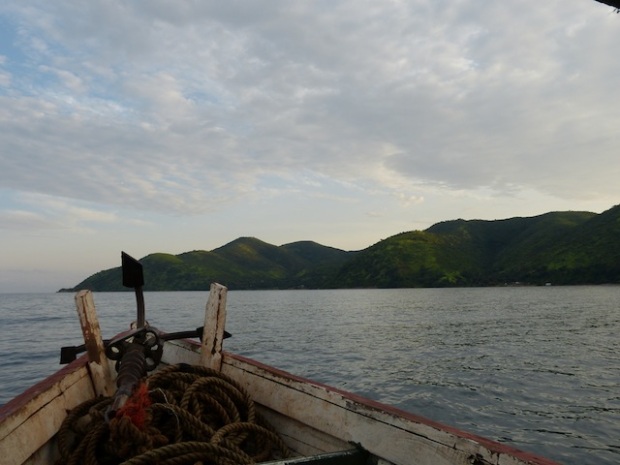 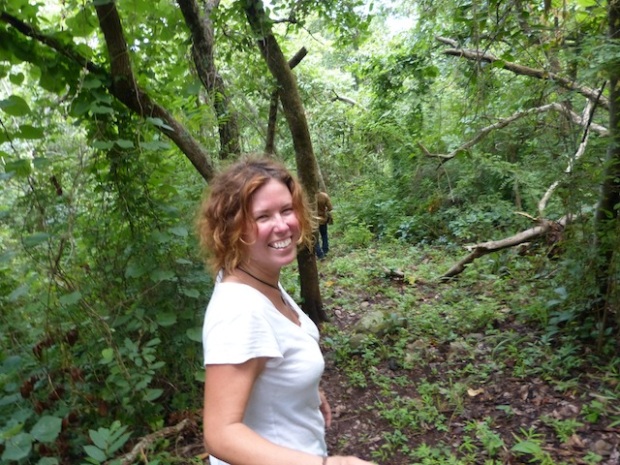 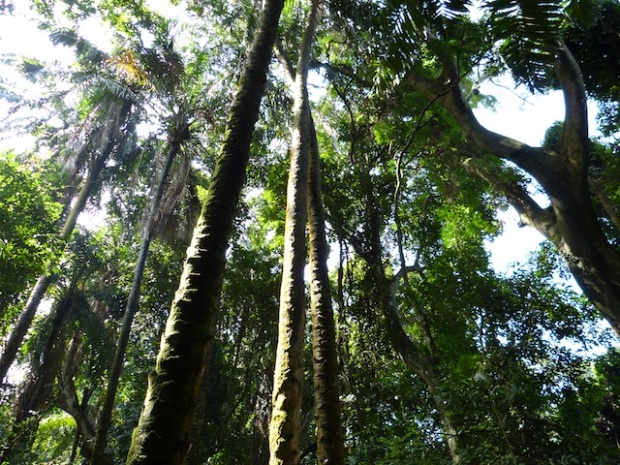 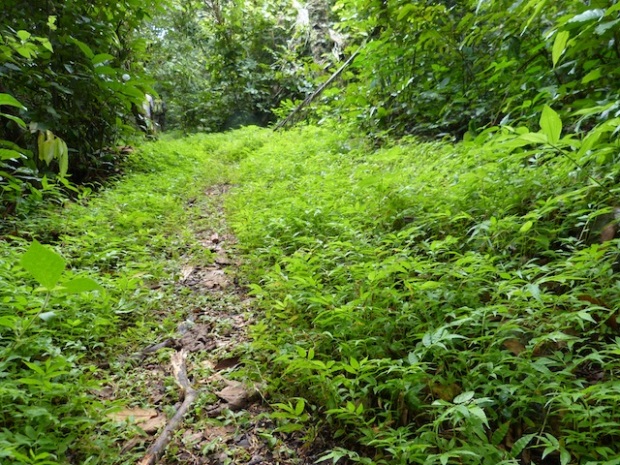 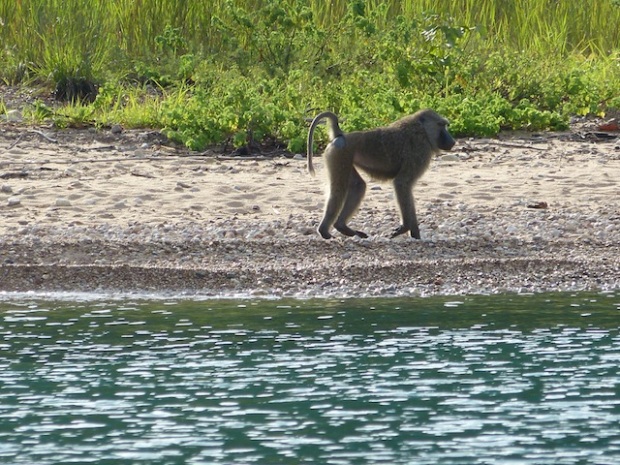 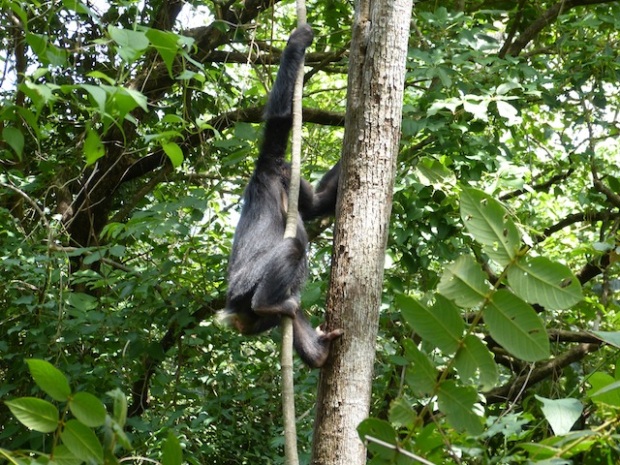 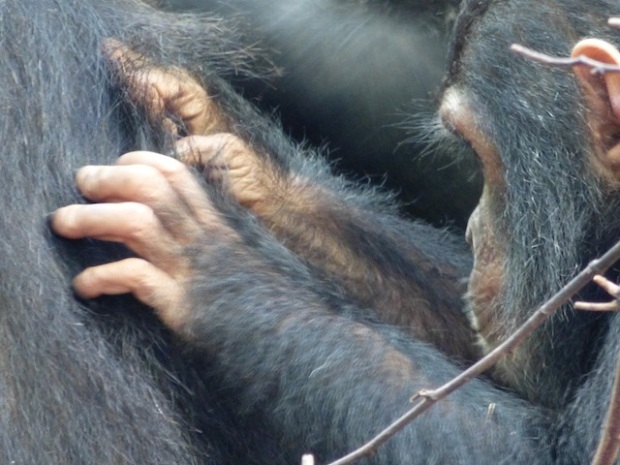 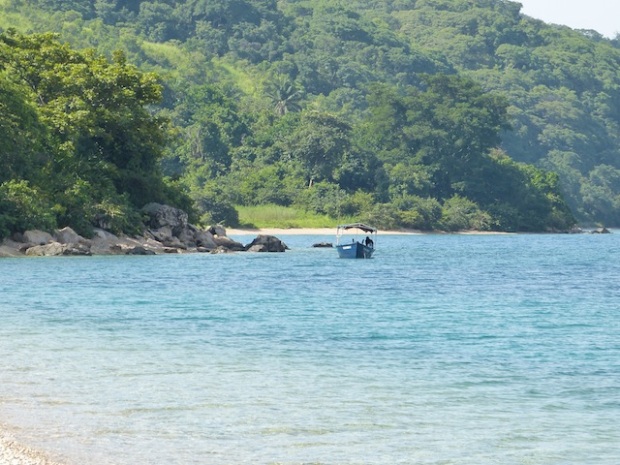 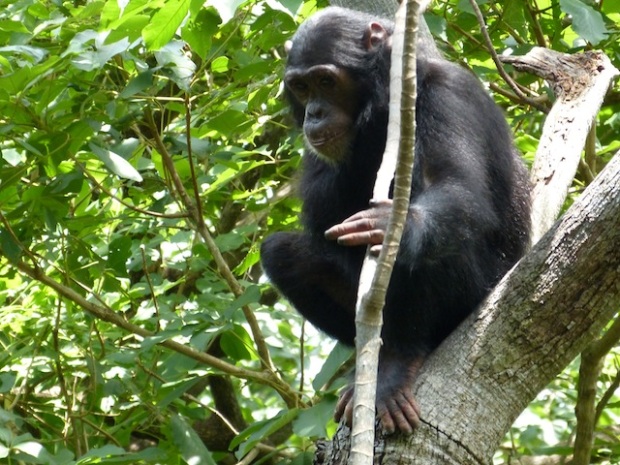