This was the day I’d been dreading. The couple that we talked with before the hike had warned us; it would be the longest day with the steepest hills. It took them over 8 hours to make it to the Bumba base camp; and this third morning my body was revolting against itself and I was not looking forward to an 8+ hour day. When I put my feet on the floor to get out of bed my body seemed to say, oh no, you will not subject me to that torture again!

I walked in a crippled, stiff-as-a-board, old lady sort of way to our 6:30am breakfast and tried to convince myself I wanted to carry on with the hike. I gave myself a little pep talk, slapped a few more Band-Aids on my blisters and shoved my tired, achy feet into my wet boots. It’s just walking Eryn, get on with it!

The 3km hill back up to the trail was steeper than I remembered. I always like hills so much better when I’m going DOWN them! Why can’t they be all down hill? We hadn’t even made it up to the trail yet and I felt the grumpy grimace return to my face. Oh shit man, this is going to be a long day!

We had the added bonus of a whole village of children clinging to us on their way to school up the hill. I can’t even explain it to you, I felt hotter with them around me and I could hardly breathe. Suffocating – yes, it was suffocating. We tried to put on a happy face, but we were never more excited than when they made it to their school and fell off the trail. Oh thank God I can breathe again!

I’m always surprised at the things I see in countries that are so different from America – we saw it all on the trail. Just as the children made it to school, we passed a man herding a gaggle of turkeys. Later we saw a dead cow carcass being carved up, a huge empty cavity big enough to sit in behind its exposed rib cage; lifeless legs extended out like Griffy when he stretches. She was hardly recognizable as a cow, just a massive hunk of decaying flesh. Little bits of cartilage and guts flung to the side, right there on the side of the road. Women carrying all sorts of things on their heads, huge stalks of plantains, a basket full of chickens, long bamboo stalks; those women are amazing the things they carry!

It didn’t take long before we were walking in the rain again. We took turns wearing the Kigali and using the umbrella. Neither of them was that great, but they were the best we had. The trail wound up and down and way inland away from the lake. The hills were steeper and it just felt wrong to be going away from the lake. Are we sure we’re going the right way?

I could see so many ‘hills’ in the distance between the lake and us; it just made me want to cry knowing we had to traverse them to make it to the Bumba base camp. I am from Florida remember – flat lands!!!  From where I stood at only hour 2 it just didn’t seem possible that we could make it all the way back to the lake. “Just keep putting one foot in front of the other Eryn, just keep moving” I kept telling myself.

J and I were talking about how the trail was designated ‘easy to moderate’. I suppose they’re technically right. Obviously there are much higher mountains that would be considered difficult. But as J pointed out they forgot to take into account the cumulative effect after multiple days of hiking. I’ll have to mention that in my strongly worded email. Easy to moderate, my ass.

Children continued yelling from the hills, “mzuuungu!” J said they sounded like doves cooing, “mzuungu, mzuungu, mzuungu,” but they didn’t come down to join us. Oh thank you God, we need a break! We thought we were clear of the children for a while, and were relieved to hear the silence of the green hills. Ahh yes, silence.

Then as if by some twisted cosmic irony, we came around a corner and the trail passed right through two school buildings. We heard, “mzungu” shouts and screams and little soft voices all around us. There must’ve been several hundred students aged 5 to 10. Some stood above the trail on the embankment just staring at us with open mouths. Others rushed to us and held our hands, tugging on our shirts and loads of them were just running around screaming in a frenzy like they’d just consumed mass quantities of sugar. All we could do was laugh. We laughed at each other and with the kids and said “good morning” a thousand times as we tried to carry on walking through the crowd of children. Eventually a teacher came out of the classroom and yelled at the kids; they quickly scattered back to their classrooms and we disappeared beyond view of the school.

The rain carried on and it was much heavier than the day before. I could actually hear water sloshing inside my boots with each step. I didn’t care so much though; I was just relieved to finally be walking on flat land instead of the torturous hills. We waved at the workers in the field as they stared at us making our way through the marshy grasslands. Muddy earth caked all around my boots as we walked precariously trying not to slip in the mud.

After a few hours we came up to, you guessed it, another steep hill. This would be the first of the many final hills before we reached Bumba. But, but, I’m sooo tired! We sat down on a rock and feasted on our bananas and bread, gathering strength to begin the final hours of steep climbing. A man herding goats passed us as we sat on the trail and the goats kicked up mud into my face. Ahhh yes, the joys of the outdoors – love it!

The last 3 or 4 hours were torturous! The mud was thicker, which made my boots heavier. The hills were steeper and my grimace angrier. I was actually having feelings of hatred and anger towards these steep hills; like they’d personally wronged me in some way! Damn you, you stupid hills! Grrrrr. At times I was secretly hoping for a mudslide just so I could be in a horizontal position. Other times I was eyeing the coffee plants on the side of the trail thinking I could just sleep there for the night. Who needs a base camp anyway, you go ahead J, I’ll just lay down right here. I didn’t want to walk anymore! No more!

I tried to keep giving myself pep talks and J, the uber walker who was hardly struggling at all was very supportive. I tried to power myself up, power, power, power, but it wasn’t working very well. I’m from Florida dammit!!!!!  I carried on just putting one foot in front of the other, stopping frequently to catch my breath. I just felt like crying, what a wuss. But I didn’t cry. No, no! Not until we made it to the basecamp, anyway; I did cry a little then, so relieved that we’d made it and that the hardest day finally was over.

We were wet from the days rain and there was a chill in the air as the sun set behind the Bumba hills. We sat by the fire all night warming our aching bodies and listened to Ernest, the guest house owner from Uganda, tell us all about his mission of helping local women and orphans in the area.

The last day was said to be only a 4-hour hike and mostly down hill; this is the only reason I was agreeable to getting out of bed. We had a hearty breakfast taking the bread and bananas for later and we left Bumba in our wet boots.

There’s not too much I can say about day 4 except that the sun was shining and we were happy to be drying out from the previous two days; and there was some relief in just knowing we were almost done! It was mostly downhill, which I was grateful for, but the last hour ended up being uphill, which I found totally unacceptable! You damn hills I thought I was done with you! But I had to carry on. I couldn’t get a moto at this stage! The four hours seemed to be never ending. I kept thinking once we made it around the next curve we’d see the pavement – the end of the trail. But the next curve turned into another and then another and another. Grrrr.

Finally!!!  Pavement in the distance and the end of Part I of the CNT.  Hurrah!!  I’d never been so relieved to be done with something; 56 miles done and done!  We caught a bus into town and checked into a guesthouse, never so eager to take proper showers and do laundry. We were a bit smelly as you can imagine.

A few days later we hopped a boat up the lake back to the nunnery so we could feast on their gorgeous meals and retrieve our stuff.  I was already nostalgic for the trail and was half thinking we should’ve hiked Part II of the CNT… Ahhhh maybe next time. 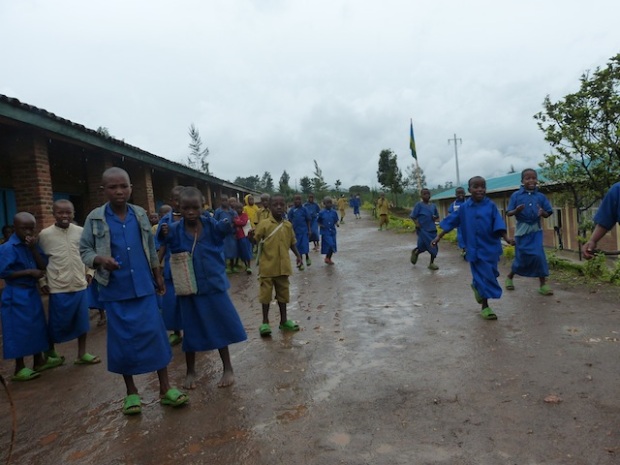 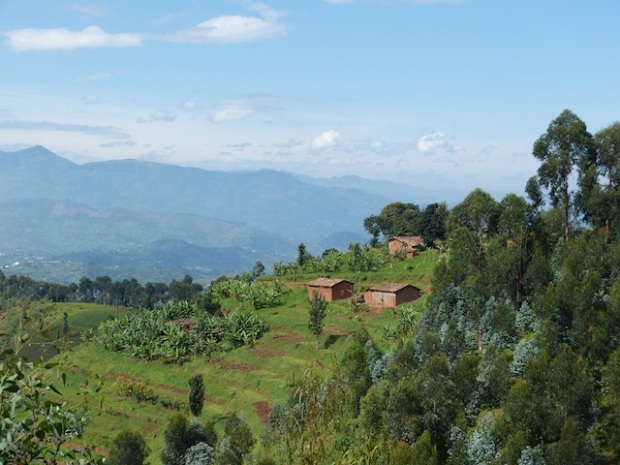 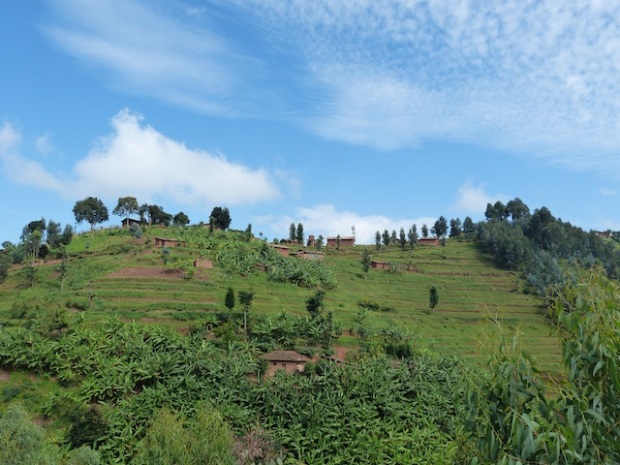