Top o’ the mornin’ to ya! Actually no one really says that here and they make fun of the Americans that do, but I couldn’t resist… So, I’m here in the beautiful country of Ireland taking in the unbelievable sites and roaming the countryside. I was in Dublin for a few short days and heard the country calling…

I picked up my rental car and hit the road heading south from Dublin. Whoa, you haven’t driven in 4 months… wooh wooh!!!!! Oh snap, you have to drive on the wrong side of the road and the wrong side of the car… That’ll be interesting… It was so exciting to be behind the wheel again, I just can’t tell you. I rolled down the window and turned up the radio and hit the highway. I opted for the automatic instead of stick shift, figuring I had enough of a challenge just staying on the correct side of the road. So far, so good!

The weather is beautiful this time of year here. Crisp and cool in mid July, and we’ve had quite a bit of sun, which is rare for these parts. I am not missing the hot, humid, south Florida summer right now, I can tell you that right now!

Oh and did I tell you I ran into an old family friend from Pensacola, Florida? I know, crazy!!! He’s here in Ireland with his church choir/orchestra and they are performing in several locations, from Ireland to England, and then Scotland, so since I had no particular itinerary, I decided to go to the town they were visiting after Dublin and make that my first stop on my tour around this beautiful country… Groupie… LOL That’s how I chose to visit Blarney, Ireland, outside of Cork.

From Blarney, I decided to head further west to see if I could jump on a boat out to see Skellig Michael, an island off the coast of Ireland. It’s supposed to be a must see while in Ireland. The tours online were all booked, but I figured I’d just go there anyway and see if they’d let me on… How hard is it to throw one girl on the back of a boat, right?

I pulled into Portmagee and popped my head in a bed and breakfast, determined to get a room for the night – or two. I met Mike, from The Ferry Boat Guesthouse and he set me up with a room… Woohoo!!! And that miracle worker got me organized on a boat for the next day with his buddy Pat Joe Murphy, one of the boat captains… You’re the best Mike!!! Helps to know a local, for sure!

So, off I went the next day out to visit Skellig Michael, then off to the pub for some good food and a few pints (ok half pints) to finish off my day 🙂

I leave Portmagee today and am heading north, not sure where I’ll land yet, but I’ll figure it out once I get on the road…

Skellig Michael, or Great Skellig is an island off the coast of Ireland in the Atlantic. It served as a Christian monastery which took up residency there sometime between the 6th and 8th century and it remained occupied until the 12th century.  It is now a UNESCO world heritage site and a huge tourist attraction for this part of Ireland.  It also is home to a huge population of puffin birds.  These little creatures spend the summer months here on the island, primarily from April through July, and then they fly off in August for 8 months or so.  I was lucky to be here at a time when they were here.

That’s Little Skellig in the distance.  Only inhabited by large populations of birds and some seals…  All the white you see on the peaks of the island are birds… 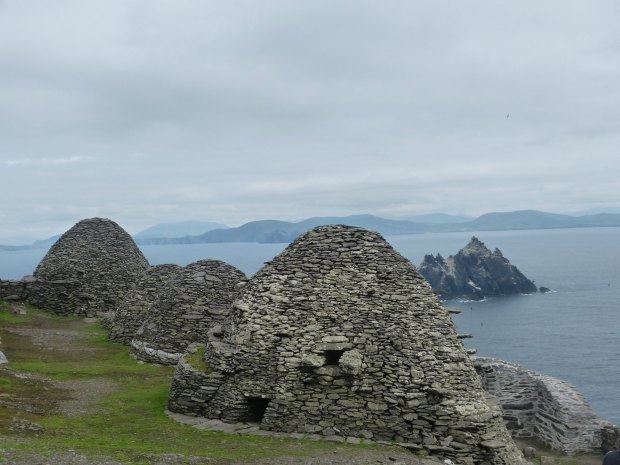 These small huts served as homes for the Christian monks. 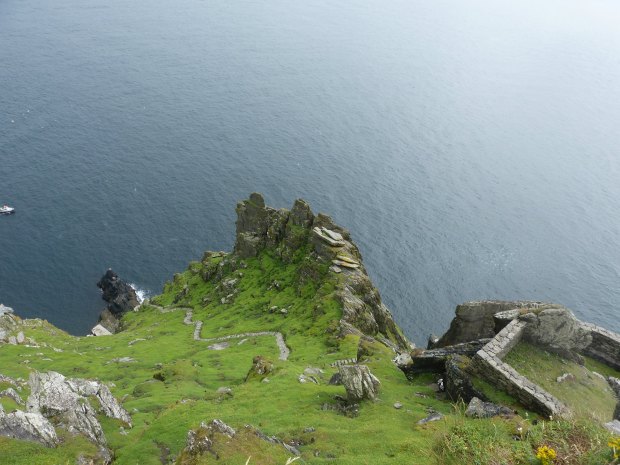 The island is also inhabited by a large population of puffin birds.  They nest and live there for a few months in the summer.

OMG sooooo cute!!!!  There were hundreds of thousands all around this island… Amazing!!! 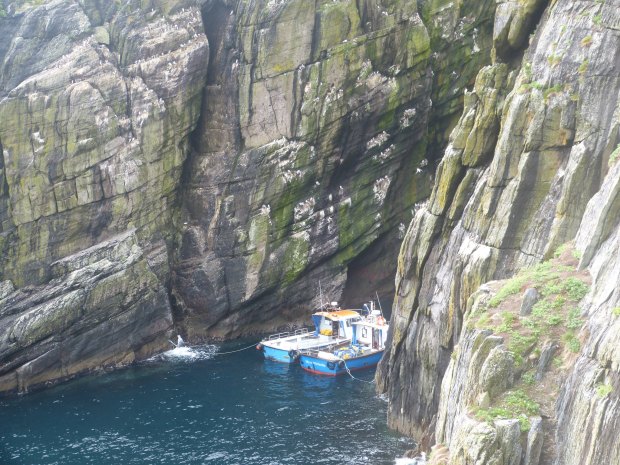 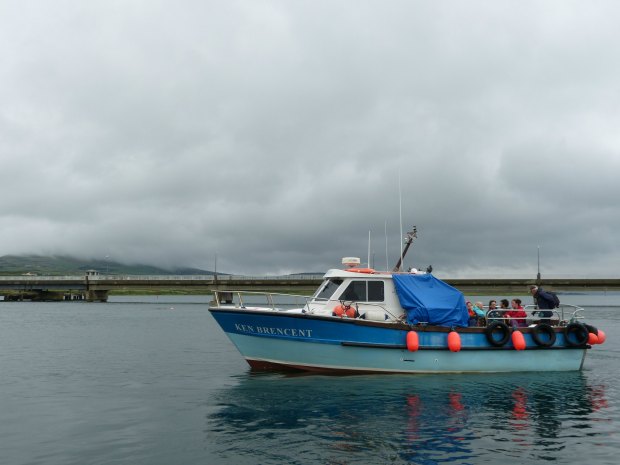 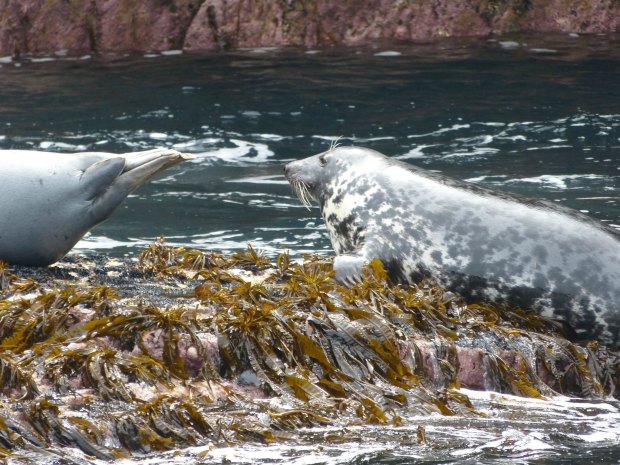 Portmagee is a small village on the southwest coast of Ireland.  It serves as a port for tours out to Skellig Michael.  It is the cutest little town and I stayed in an adorable bed and breakfast called The Ferry Boat.  Mike and Judy run the Ferry Boat and they took me in and treated me like family.  Judy even did my laundry, can you believe that?  Awwwe thanks Judy, you’re the best!!!  If you’re ever in Ireland, definitely plan a few days or more in Portmagee.  It has everything you want to see in Ireland, small coastal town, local pubs and great food, breathtaking countryside, friendly people where you can get the real feeling of a small Irish town.  It has been a highlight on my trip, for sure!

Thanks Mike and Judy for taking me in and for your hospitality!  Hope to see you again someday 🙂

Bray Head – Opposite of Portmagee

Bray head is across the water from Portmagee and a popular place to hike for some spectacular views.  I was so lucky to have a bright sunshiny day for my hike… Amazing scenery here!!! 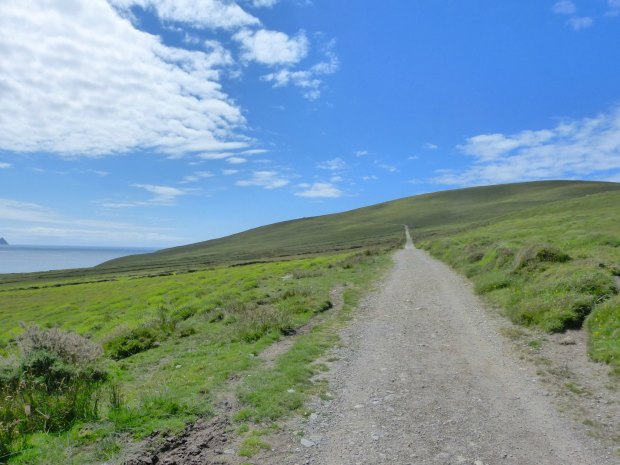 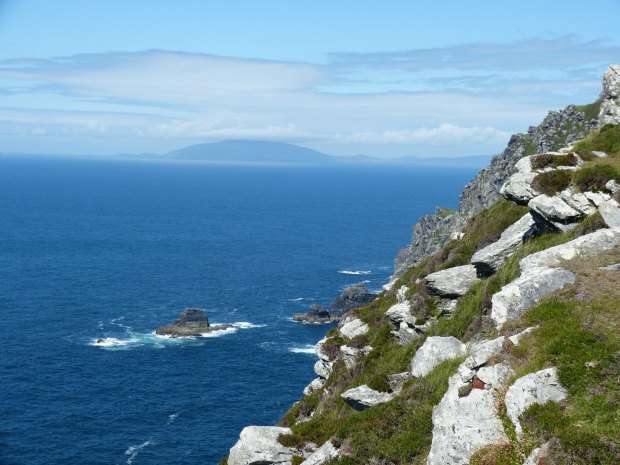 Ok, I know you guys think I’m crazy always doing these jumping pictures.  But the truth is, it makes me laugh to do them.. Anytime I’m having a bad day or having a hard time, I do a jumping picture… It cracks me up and makes me smile… Plus I think it will be cool to have jumping pictures from all over the world… (Oh, yeah, and these are not photoshopped – I have a burst function on my camera that helps me catch the perfect jump – well, it usually takes several tries) 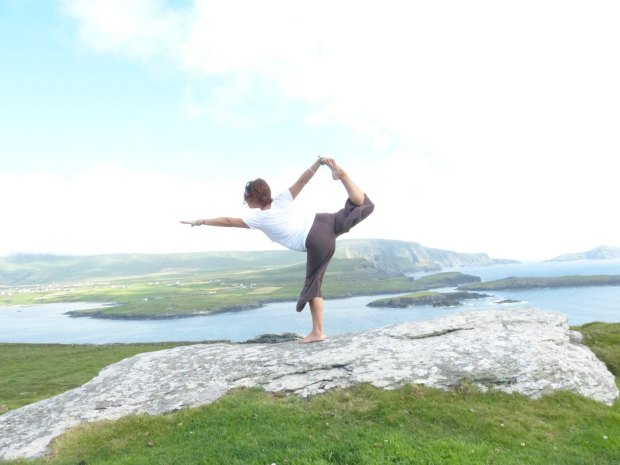 Driving from Blarney to Portmagee 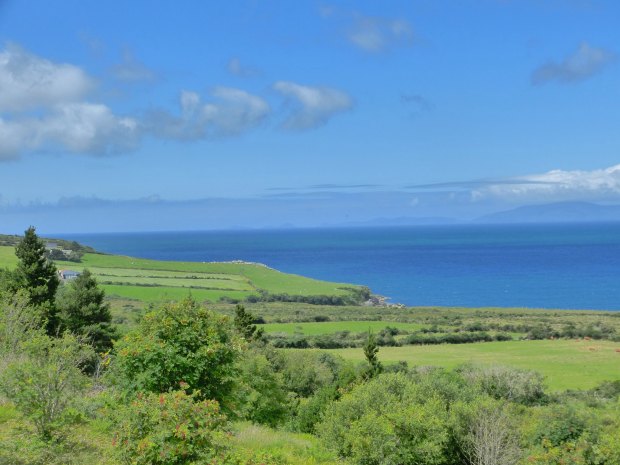 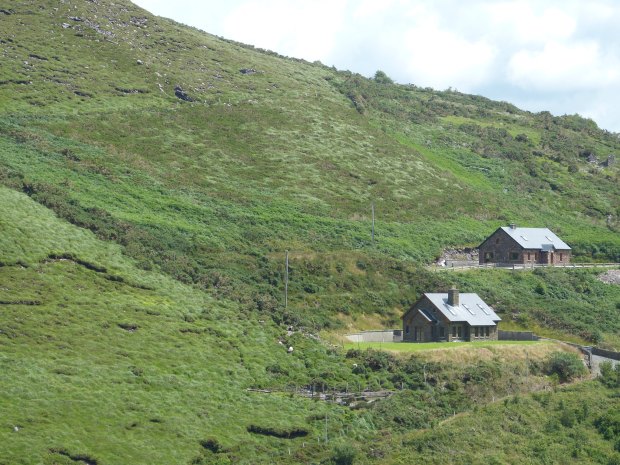 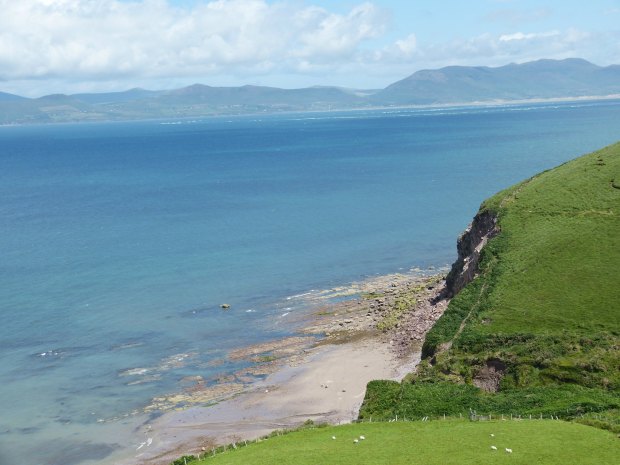 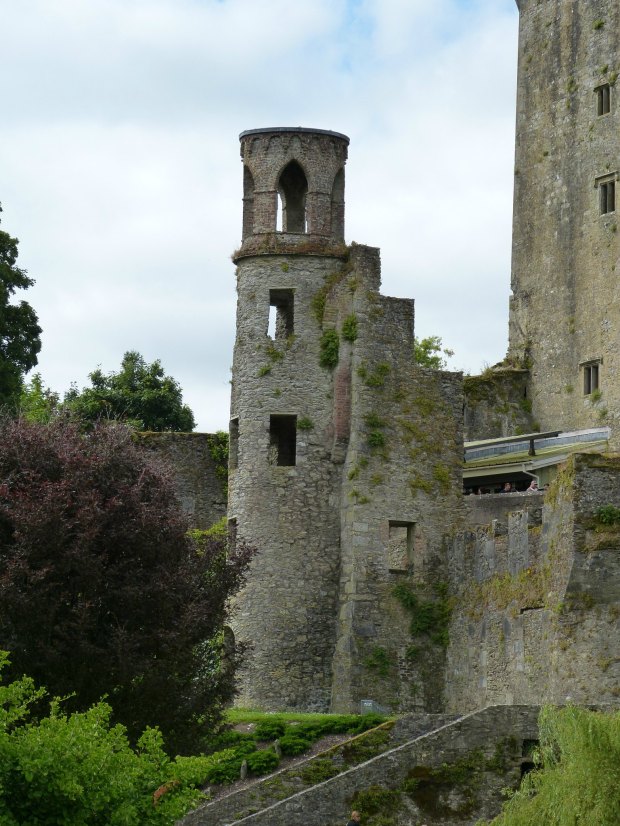