Well, I’ve had an epic road trip, and marveled at the overwhelming amazingness of Ireland… OMG how I missed driving... I do believe God spent a little extra time here when he made this beautiful country…  It’s been so much fun to have the freedom of a car to come and go whenever and wherever I want – not worrying about lugging my bag around from place to place and train schedules, bus schedules, etc. Yes, the car itself was a highlight…

It has been interesting sleeping in the car though. Hmmm I don’t think you mentioned to them you were sleeping in the car… It’s car camping, Eryn, that sounds better… Right – car camping… Yes, I know it sounds somewhat desperate and a step away from destitution…. No, not really… It’s just that the daily rate on the rental car was pretty expensive (especially since I opted for automatic ilo stick shift – wus!), so I just couldn’t budget a room. With this long term traveling I have to save money wherever I can, you know? So except for those 2 nights with Mike and Judy in the Portmagee B&B, I’ve been in the car.

It took me a few nights to figure out the most comfortable way to sleep… I folded down the back seats so they were flat and slept with my bottom half in the trunk and the top half of my body on the back of the seats…. Brilliant!!! After having the internal argument with myself over which place was safer to overnight park – in a town somewhere or on a back country road, Hmm, a Walmart parking lot sure would be nice, I settled on a grocery store parking lot. But I just didn’t feel comfortable there, wondering all night if someone was going to come knocking on my window, so from there on out, I opted for camp sites and caravan parks – at least they have bathroom and shower facilities. Ahhh, yes, ok, that’s better – good idea, Eryn…

So, that’s what I’ve been up to, roaming around Ireland, car camping and seeing the country. I had hoped I’d run into some other backpackers while “camping” but I’d usually be driving some of the morning and then hiking around most of the afternoon and evening at whatever “place of outstanding beauty”, (that’s how I’ve seen some of the places designated) so my schedule didn’t lend itself to socializing at the camp site much. Oh, and it doesn’t get dark over here until around 10:30 at night, so you can wander around these beautiful destination spots late into the evening… So cool to have that much time in the day!

Ironically enough, I’m finding that my trip changes a lot depending on where I stay, as it brings forward different experiences with a variety of people. If I stay in hostels, I’m surrounded mostly by kids in their 20’s looking to get drunk almost every night. Which you enjoyed in Rome, but honestly Eryn, you’re too old for too much of that… And one of the nights in Dublin, apparently I booked in a hostel popular with Czech Republic people, because everyone in my room of 8 beds spoke Czech… Huh, not gonna find any BFF’s there… In hotels, I’m usually surrounded by married couples and families… Not really a natural fit to link up with… Then, of course campsites bring a wide range of people, families young and old, and fellow sojourners like me, but like I said, I’ve been too busy exploring to socialize. Ashrams and guesthouses in India were still my favorite by far, bringing the coolest people together in one spot. Ahhh I miss India… And then of course, my car camping has been a totally different experience – and it’s turned out to be the most isolated and away from people I’ve been the whole trip… Not necessarily a bad thing at this point in the trip, Eryn…  Funny how this trip is unfolding exactly the way you needed it to – even though you couldn’t have known or planned it this way…

In India, I made new friends right away that brought a lot of comfort at the beginning of my trip… Miss my soul sister!!! Indonesia I had my Bali yogi family for a large portion of my time there… Then in Israel I had my friends there that I’d met in India who took me in as family and let me stay in their home – that was amazing… So, ironically enough, it wasn’t until I made it to Europe in Italy, and then Ireland, that I really felt like I was traveling alone. But it’s been good to be alone – I’m strong enough to handle it now… When I made it to India, I really wasn’t ready yet… I think maybe you were only 50% of a whole person when you made it to India… Now you’re probably at 90% – huge progress!!

Anyway, so off I go, bye bye beautiful Ireland, I will miss you! Tonight I take a ferry from Ireland over to France…You won’t believe who I’m meeting up with…. You won’t believe it… Go on, guess…. Yes, it’s Siggy, my soul sister!!!!! Hey sister, go sister, soul sister, go sister – Patti LaBelle anyone? You know, gitchi gitchi ya ya ya? Anyone?? Anyone? I digress… Yaaayyyy!!! I’m so excited! We knew we were going to meet in early August in Portugal, but we had the opportunity to meet up a few days early in France… Nah, I don’t wanna go to France – Said no one ever!!! LOL (For those new to my blog, Siggy is an Australian girl that I met in India and we hit it off instantly… she’s my soul sister)

So here I go… jumpin’ on a ferry… Off to France I go – I hope they sell a nice red wine, a good smelly cheese and a crispy baguette on the ferry… Is that too much to ask? It’s France, right? Umm probably not gonna happen, Eryn… Ok, bye for now from Ireland – next post comes to you from France…

Oh, and P.S. I wanna give a huge shout out to my mom… Being raised for a portion of my life by a single mom, I learned to be independent, resourceful and with the belief that I can do anything a man could do… Those qualities have definitely come out in full force on this trip and I am thankful for her influence in sculpting the woman I turned out to be…  And I’m also grateful for the fact that I was born in the generation I was born in – I think of my grandmother and how she would’ve loved to be on the journey I’m on, but of course, it wouldn’t have been feasible during her time…  My mom told me once recently, “Eryn, you’re rugged and utilitarian, yet stylish.”  Thanks mom, I’ll take that as a compliment 🙂

I’ll leave you with some great pictures from the last half of my visit… Not too many of me this time…  I can’t compete with this natural beauty…  Enjoy!!!

Here’s where all I’ve been during my Ireland visit… Thank God for good roadmaps!!!  This thing got me all around Ireland with minimal navigational issues… (Way better than GPS!!) 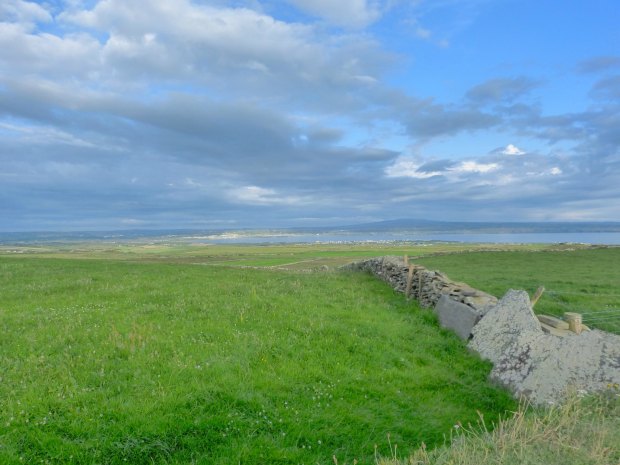 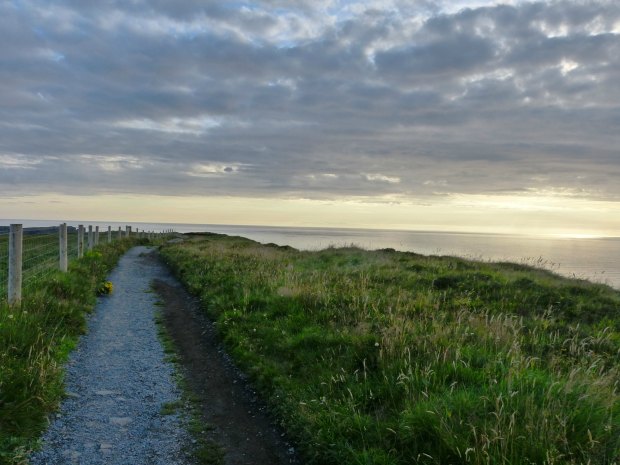 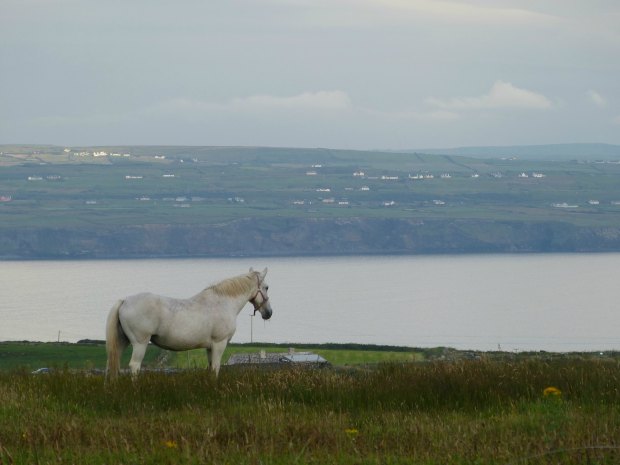 Ok, so here’s how it happens…  Volcano erupts and lava flows…  Various rapid weather changes occur and the lava cools too quickly causing the contraction of the lava…  An extensive network of contractional joints and fractures occur, forming these unique columns…  Mother nature is amazing, huh? 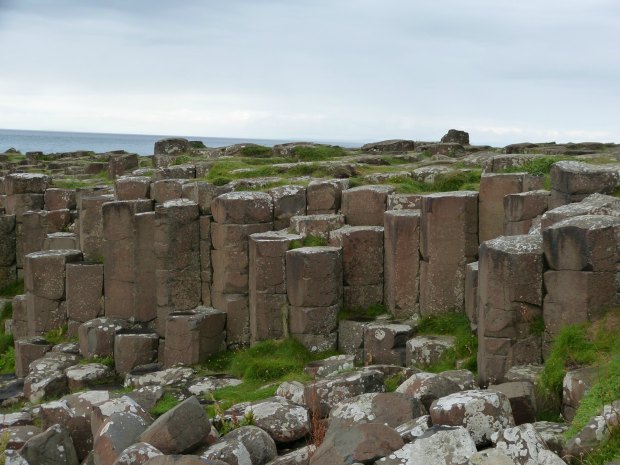 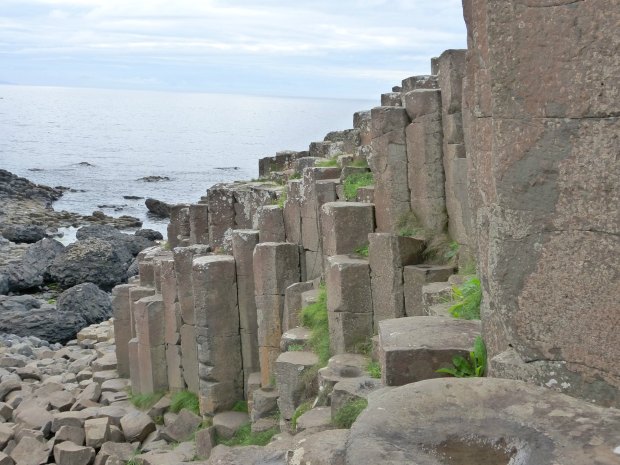 Coastal Causeway Drive – Northeast Ireland (An attraction in itself!!) 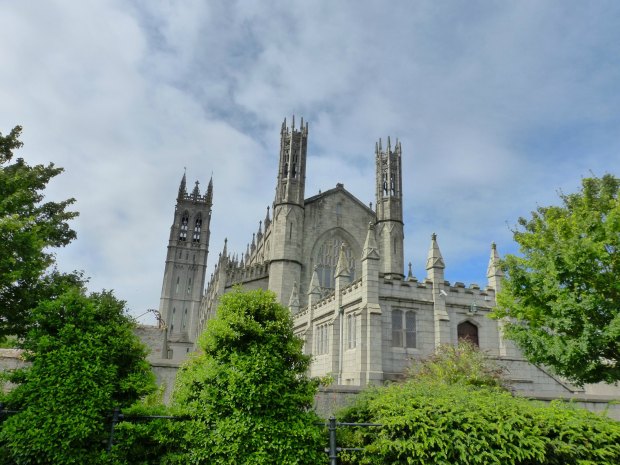 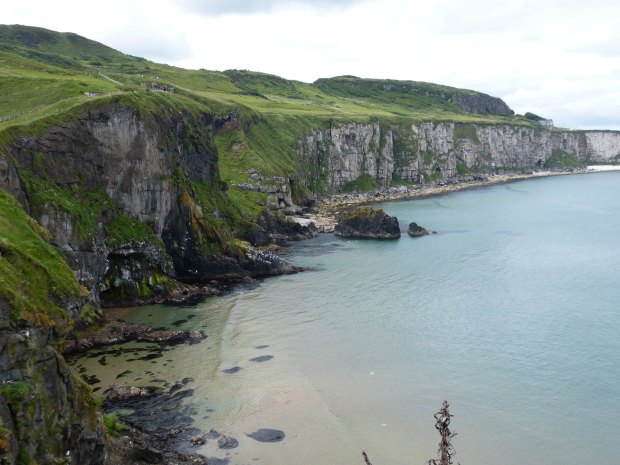